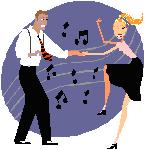 Congratulations to Rhonda Pickerel who was promoted from Financial Aid Technician to Associate Director of Financial Aid at Southeast Community College, Lincoln Campus. Rhonda replaces Amy Armstrong who moved to Laramie, WY in order for her husband to pursue his education.

Best wishes to Louise Driver who resigned from Dana College. Louise is returning home to be nearer her grandchildren in Alaska. Dana College has not yet found a replacement for Louise. At this time, Bob Schmoll, Vice President and CFO, is assuming the financial aid responsibilities until Louise's replacement is found.

Tammi Preston, has been promoted from Outreach Manager to Director of Outreach Services for EducationQuest Foundation. Congratulations, Tammi!

Quinten Alexander Hogeland was born on September 7, 2004, to Andy and Melinda Hogeland. He was 8 pounds 12 ounces and 21 1/2 inches long. His big brother is Spencer, age 2. Melinda works for EducationQuest Foundation in Kearney.

Sara Sell was hired in September 2004 as Assistant Director of Financial Aid at Creighton.

Grace University has many changes to report…
After 10 years at Grace University, Lydia Thompson retired in December. Lydia has decided to slow down a little bit and enjoy life. However, she has indicated that she is available for consulting! Enjoy yourself, Lydia! Dale Brown was promoted from Associate Director to Director of Financial Aid. Dinah Grove started as a Financial Aid Counselor with Grace on December 15, 2004. She replaces Maria Zellmer who took a position with the Omaha Police Department.

Farewell to Tony Garife who resigned from his position with Nelnet.

Best Wishes and Congratulations to Angie Miller. In November Angie and her husband, Rob along with big brother Danny, welcomed a baby girl, Lindsey Mae into their family. Angie has since decided to work as a full time mommy. Angie's last day at UNMC was January 31. She will be greatly missed!

Congratulations to Jenni Burke who has been promoted to Manager of the ITS team at Nelnet! Way to go, Jenni!

Brent Carpenter has left his position at Commerce Bank in KS and has joined USAFunds.

A new addition to the Mark Schilmoeller clan…
Sarah Katherine Schilmoeller was born on December 12, 2003 weighing in at 3lb and 8 oz. Although she came early, Mark says she is doing great. Sarah spent the first month in the hospital gaining a little weight, but everyone is fine now and she is at home trying to adjust to life with her older siblings.

Changes at Bahner…
Bahner College of Hairstyling has been recently acquired by La'James International College. La'James is a large leader in the Cosmetology industry. Bahner will become their 7th campus. Please note: To reach Mike Evert his new e-mail is: mevert@lajames.net Mike's new title is College Administrator.(a/k/a Jack of all Trades).

Claire Fredstrom will be retiring from Nebraska Wesleyan in June 2005. Thank you to Claire to his many contributions to NeASFAA over the years. Enjoy Retirement!! Welcome to Tom Oschner and Robyn Hohensee to Financial Aid at Wesleyan. Tom will be the new Director of Financial Aid at Wesleyan upon Claire's retirement. Tom has previously worked at Nebraska Wesleyan in the Business Office. Robyn has also worked in the Business Office at NWU. She is currently working with the Wesleyan Advantage students.